The only thought that someone might be looking at you through the camera of your laptop is unsettling. Though not willing to add more suspicion, we want to not that this thought feels that way for a reason. Webcams get hacked, victims get recorded, and then blackmailed. This might seem to be something that doesn’t happen in real life, but the truth is that it happens and quite often.

In this article, we will go through signs that will help you understand if your camera was hacked and talk about what to do if you become a victim. And then we will jump to methods that will prevent such a predicament from happening. So stay with us.

Signs that your camera was hacked

Let’s begin with signs of your web camera being exploited by hackers.

The indicator light is on

And you’re not using your camera at the moment. Or maybe, the light is blinking or behaving unusually. In other words, if your camera’s indicator light is on even for a second when you’re not using the camera, it might be a sign that you’ve become a victim of malefactors. But before arriving at that conclusion, let’s see if there are any background apps or extensions that use the camera.

Go through your browser extensions

Restart your laptop and open the browser. If at this moment the light of the camera turns on, it might be one of the extensions using the webcam. Go to your extensions, disable them all, and then turn them back on one by one to see which one is using the camera. Then see if it’s legitimate usage, or the extension is malicious. If the latter is the case, remove the extension and scan your computer with an antivirus.

Go through your apps

If the previous step didn’t bring results, it’s time to see if there are any apps that are using the camera. Open the task manager and check the apps that are running at the moment. Are there any programs that could be using the camera? If you can’t find any, look at the processes and try to find any that would look suspicious and unknown to you — it might be malware.

If the web camera turns on for a brief moment after you turn on your computer before any programs were launched — most likely, you’ve been hacked. Then you should take the following steps.

Look for the webcam process

Go to the task manager again and check the processes. Look for the webcam utility. And if it’s there, it’s still not a definite sign that you’ve been hacked. Maybe, the process is set to launch as the system starts. You can go to Autorun settings to see if it is so.

Exit all programs and try turning the camera on. If you see the error message that will tell you about the camera already being used, it’s quite likely that it was actually hacked. Or you forgot to exit some app that’s running in the background.

Are there any weird recordings?

Go to the folder where all recordings from the webcam are stored and look for some files you don’t remember creating. Another sign that you’ve been hacked is that the destination folder was changed not by you. Although today hackers will most likely run a live stream and save recordings on their devices.

Finally, run an antivirus to see if there are any malicious programs on your computer. If your camera was hacked with malware, the antivirus should find it and fix the issue. If it doesn’t help the situation, then you should seek professional technical help.

Does the indicator light always turn on if the camera is hacked?

Not really. It’s not the most reliable way to detect if the camera was hacked. In theory, the light turns on to indicate that the hardware behind the web camera started working. Yet, it’s possible to override this setting and prevent the light from turning on. That’s why it’s better to prevent the hack from happening rather than dealing with it.

If you’re worried that your camera was hacked but you can’t find proof of the way to fix the situation, you always can reinstall your operating system and start from the blank page. If that’s the way you choose, follow some simple rules to keep hackers away.

How to prevent your camera from getting hacked

These are the basic rules of cyber hygiene, and they will help you stay safe.

Both macOS and Windows have firewalls. Yes, they can be annoying sometimes, but let’s not succumb to the desire to turn them off. There is a belief that the firewall Windows offers is useless, but that’s not true for the latest version of this operating system. So don’t neglect it even if you’re using an antivirus — there is no such thing as too much protection.

You need an antivirus

Even though tech professionals have this phrase as a to-go mantra, many users still prefer to avoid installing an antivirus. There are no reasons to neglect it — it won’t interrupt your work, and you can always switch it to the silent mode for even fewer distractions. But there are plenty of reasons to actually use a reliable antivirus, and avoiding getting spied on is just one of them.

Use a VPN app

iNinja VPN for Windows and macOS will reroute your connection through VPN servers thus hiding your real IP address. This will also hide your laptop from prying eyes when you’re connected to public WiFi networks that are rarely protected from hackers. Without cutting your bandwidth, this free VPN app will keep you safe. As a bonus — you will be able to access geo-restricted content.

It’s still present, and it became more advanced. Thanks to big data hackers can create more personalized and persuasive phishing messages, emails, and websites. Always double-check the sender’s email before clicking any links and downloading files. Also, hover over links to see the real links hidden underneath them — the information will appear in the lower-left corner of your browser.

Don’t worry about looking like some geek. If Mark Zuckerberg does it, you must do it for sure, especially considering the nosiness of Mark’s products. You can find fancy camera covers that you can open for when you need to use the webcam. But the good old tape will also work well.

Don’t trust hackers when they blackmail you

If you became a victim and started receiving threats, don’t let hackers agitate you. Keep a cool head and think if they really could have on you whatever information they claim to have. Once again, we live in the world of big data, and social engineering attacks are a thing. Using information online, hackers can come up with the ideas of footage they actually could record. So think, does the story make sense? Maybe malefactors are just trying to play with your emotions.
Stay aware of your actions online and don’t forget to turn on the iNinja VPN app for extra protection!

A VPN app is often an underrated and misunderstood tool. Many users think of it as an instrument that allows you to hide your IP address and pretend you’re connecting to a

We’ve said numerous times that cybercrime will evolve and remain a threat for users around the world regardless of the efforts of cybersecurity specialists. The latter can create a solution for an 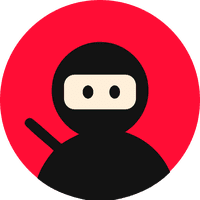 NinjaVPN free VPN for any device
—
Is your webcam hacked? Here is how to check it and stay safe
Share this